Staff shortages: Which industries are most affected by The Great Resignation? 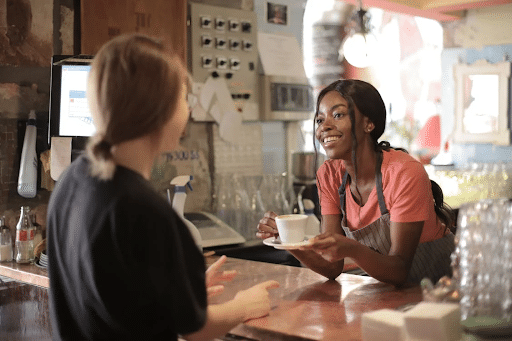 Since the pandemic, in a quest for better work conditions and better quality of life and a more rewarding work-life balance, certain workers (more females than men, according to this NPR poll) have been leaving the traditional workplace in droves, leading to the emergence of what is now known as the ‘Great Resignation’.

The effects of lockdowns and the global pandemic have negatively impacted businesses and staffing right across the world over the last two years. Yet due to the extra pressures of the Great Resignation, this extra loss of workers is also leading to much more serious staff shortages and a lack of experienced staff which is affecting many industries.

In order to hire and retain staff, companies need to think very carefully about their diversity, equity and inclusion strategies, as workers are becoming much choosier about which positions they align themselves with.

This begs the question, which industries are suffering the most from this crisis? Here are three of the biggest sufferers:

It’s really no surprise that the healthcare industry has suffered more than many other industries over the last two years. Working in close proximity with suffering patients increased many employees’ chances of falling ill and needing time off. For this reason, many hospitals and health establishments have been operating for an extended duration on fewer staff than usual. This means that there is a huge need for temporary workers in the healthcare sector.

In addition, many in the healthcare sector are not well-paid. The lack of support and effective remuneration offered to workers in these roles and the added pressures of working in short-staffed environments is continuing to cause many staff to quit.

Not only have the last two years been physically and mentally draining, particularly for frontline workers, but a lack of pay rises or bonuses for people on the frontline during the pandemic has also caused many  healthcare workers to seek jobs elsewhere.

The manufacturing industry has also been massively hit by a staff shortage. Factories were severely impacted by lockdowns and the need to furlough workers, as well as reduced business during the pandemic and outbreaks among staff. Once again, many people are also leaving heavy industry in search of more fulfilling roles.

This change in attitude is largely attributed to the pandemic having caused people to change their perspectives on life. As a result, there are currently many vacancies throughout this massive industry. From general manufacturing to food manufacturing jobs, there are many companies in the manufacturing sector who are currently keen to recruit. It is very much a job seekers’ market.

Many hotels and accommodation venues were required to close their doors during the early art of the pandemic, particularly due to lockdown requirements and a massive reduction in travel. The tourism sector has also taken a huge knock internationally, with some airlines being forced out of business altogether. Travel restrictions have also made it harder for companies to recruit new staff. Many workers in the hospitality industry frequently worked overseas, or operated internationally. It is now harder for people to do this due to travel restrictions still in place which prevent them from travelling extensively. This has led to an increasing reliance on hiring domestic staff.

This is just one reason why some of the biggest firms out there are still finding it hard to fill certain jobs. Recruitment issues such as these are by no means only contained to a few industries – the problems are universal. However, this situation is having a beneficial side-effect in encouraging companies to think more carefully about the freedom, benefits, remuneration and support that it offers to new and existing workers.

The jobs landscape is very much in the favour of the job seeker at present. So if you yourself are looking to change role, remember to speak up and ask for the conditions you need to make sure that your next role works well for you. This will likely have a beneficial effect on the whole market, encouraging companies to make the right choices for its workers, leading to better standards and fairer pay, and leading to greater job satisfaction for yourself and your colleagues long-term too.

“Black people do talk about race, we just may not be talking about it with white people”